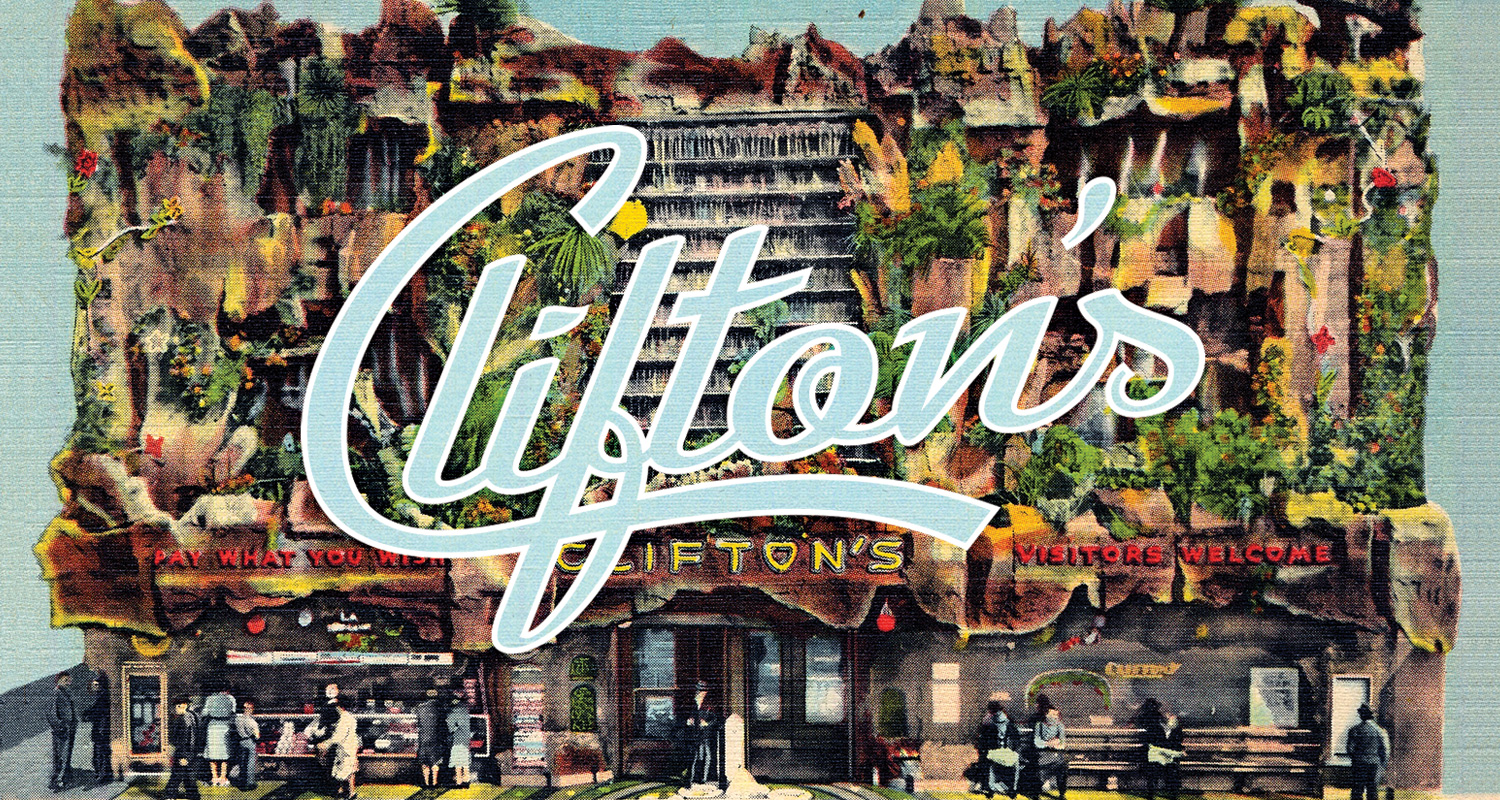 Clifton's has been around since 1931. Sited on Broadway in downtown Los Angeles it's where Walt came up with the idea of Disneyworld, it's where Scientology was born and it's where Jack Kerouac wrote part of his literary classic On The Road. In short it's a bastion of west coast culture and we inherited several generations of graphic design when we took on the role of creating the identity. 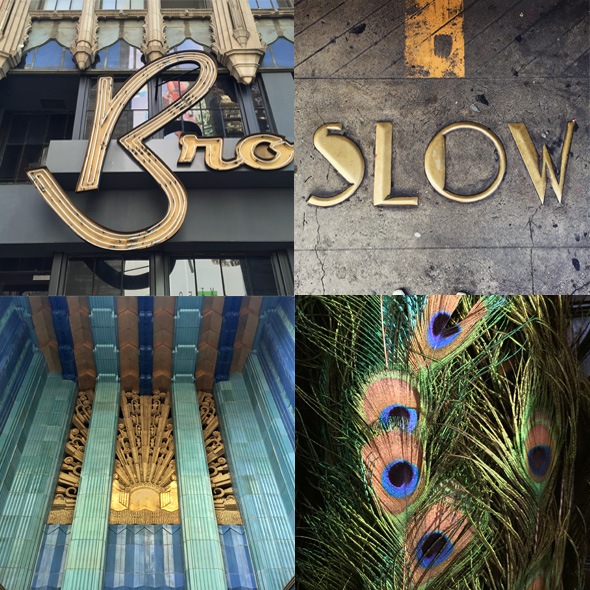 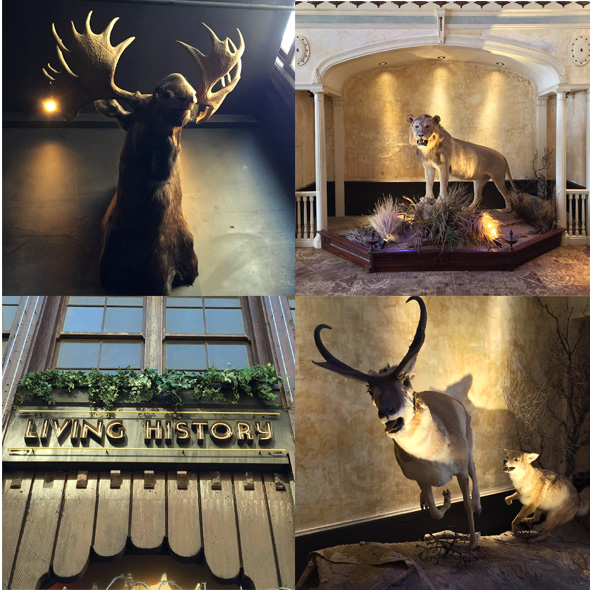 The new logotype that we designed for Clifton's picks up where the 1930's left off. It can be combined with an established date or a Living History tag line. 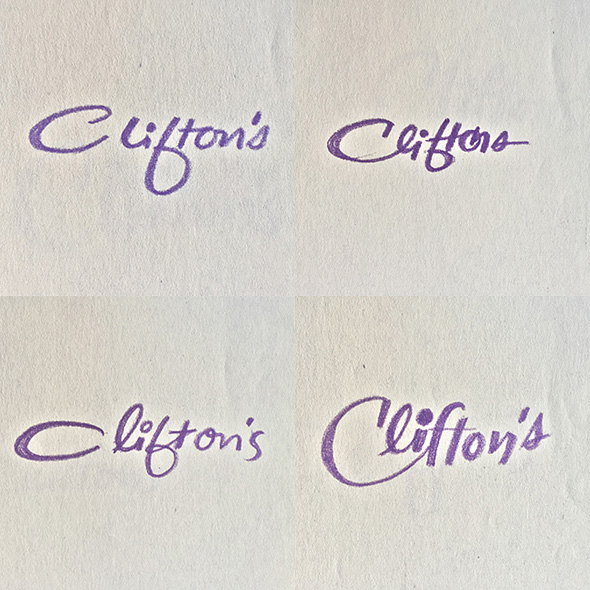 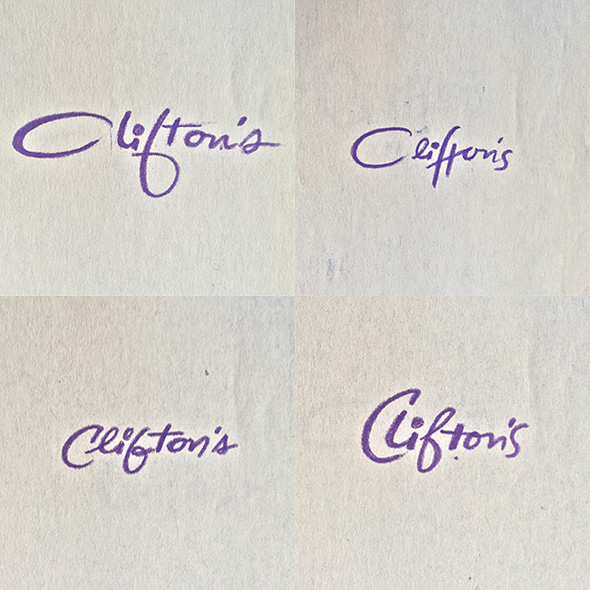 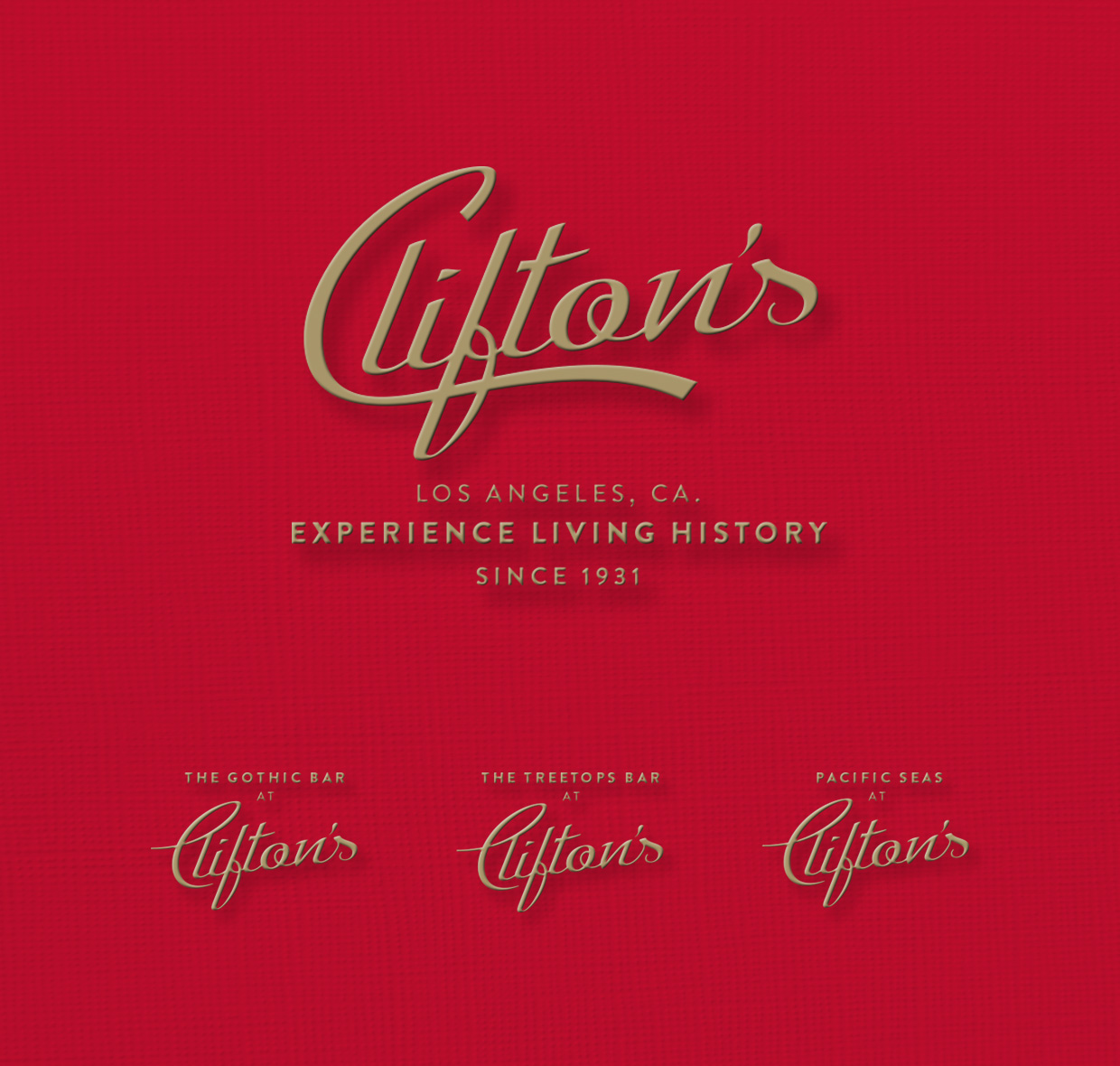 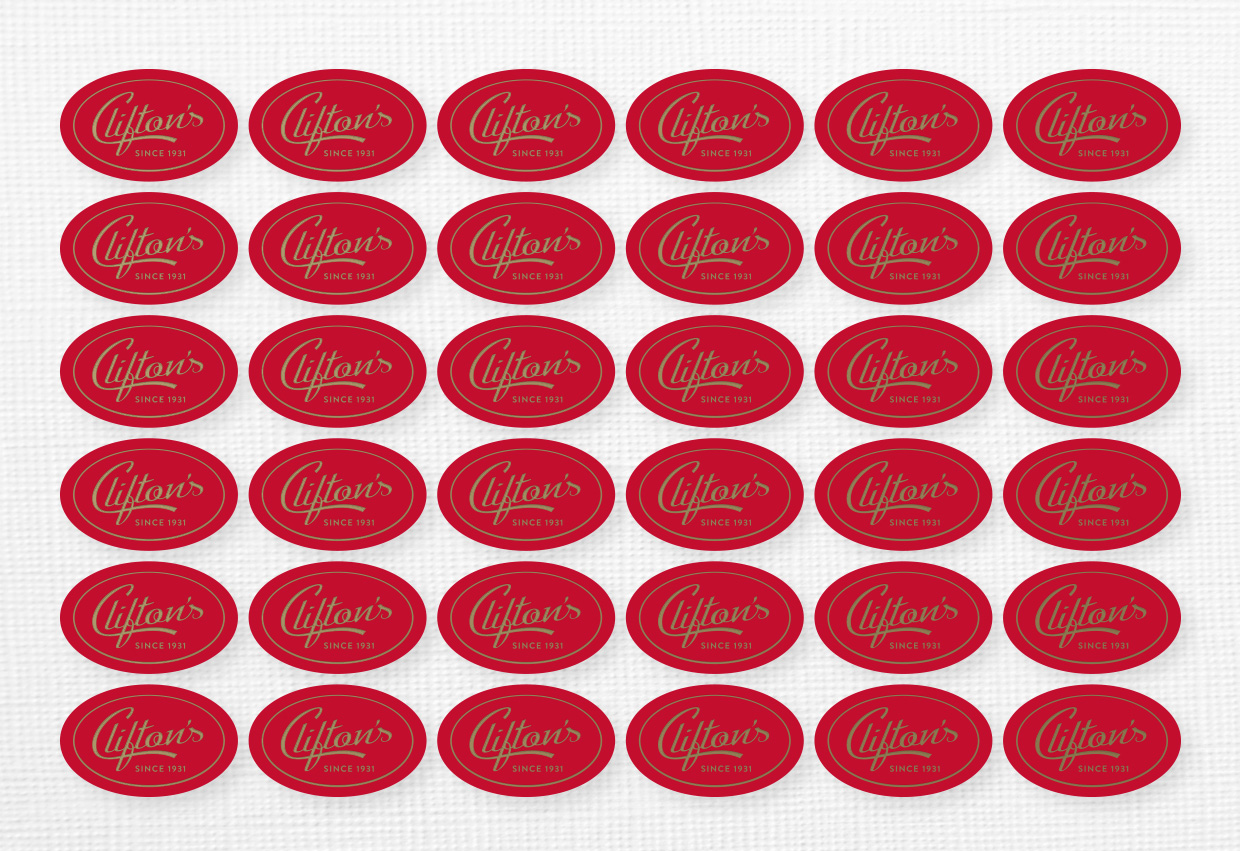 Printed promotions and cafeteria menus, the latter presented on large format digital screens, convey an illustrated message which stylistically is somewhere between Art Deco and an eclectic hunting lodge. 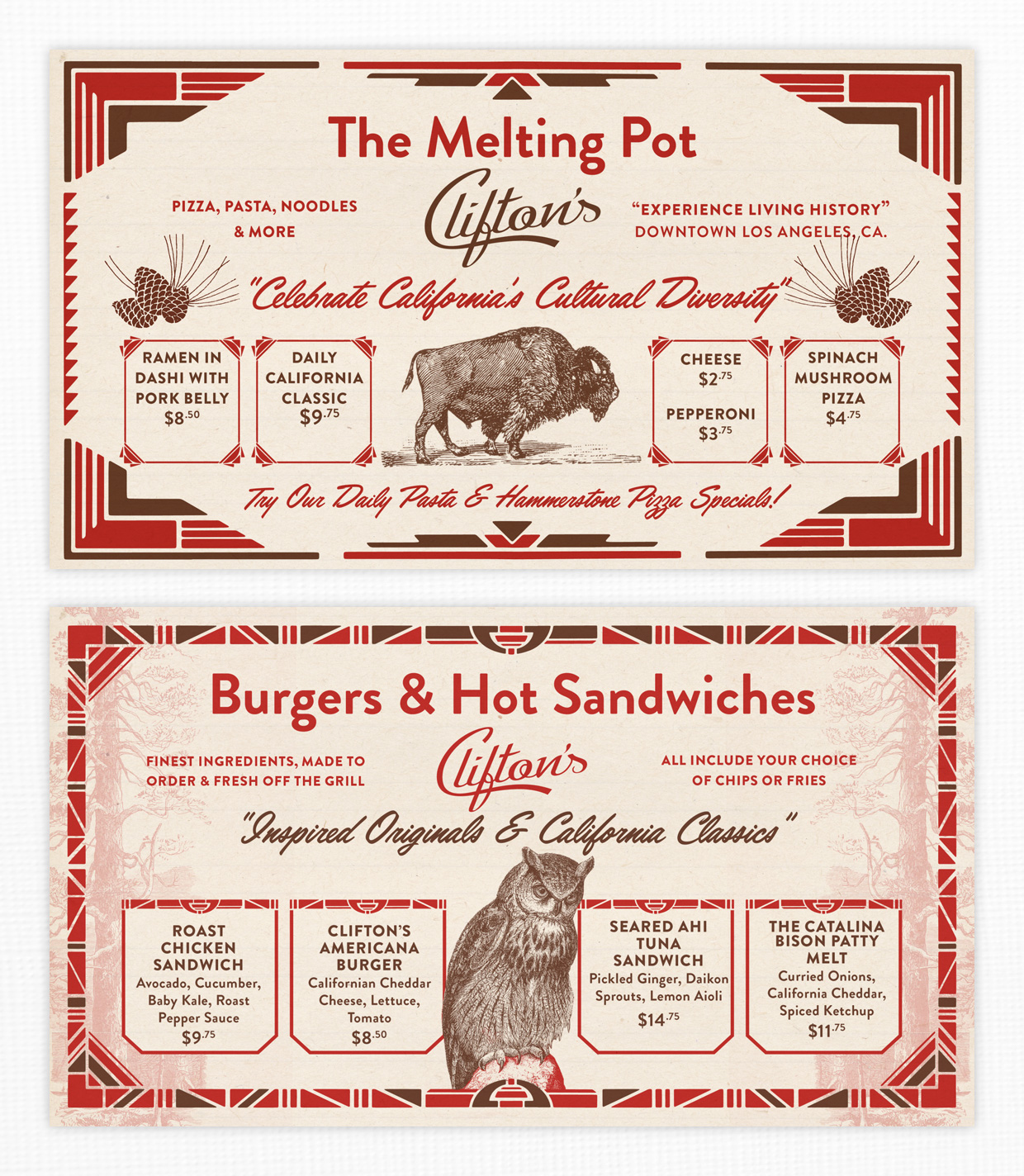 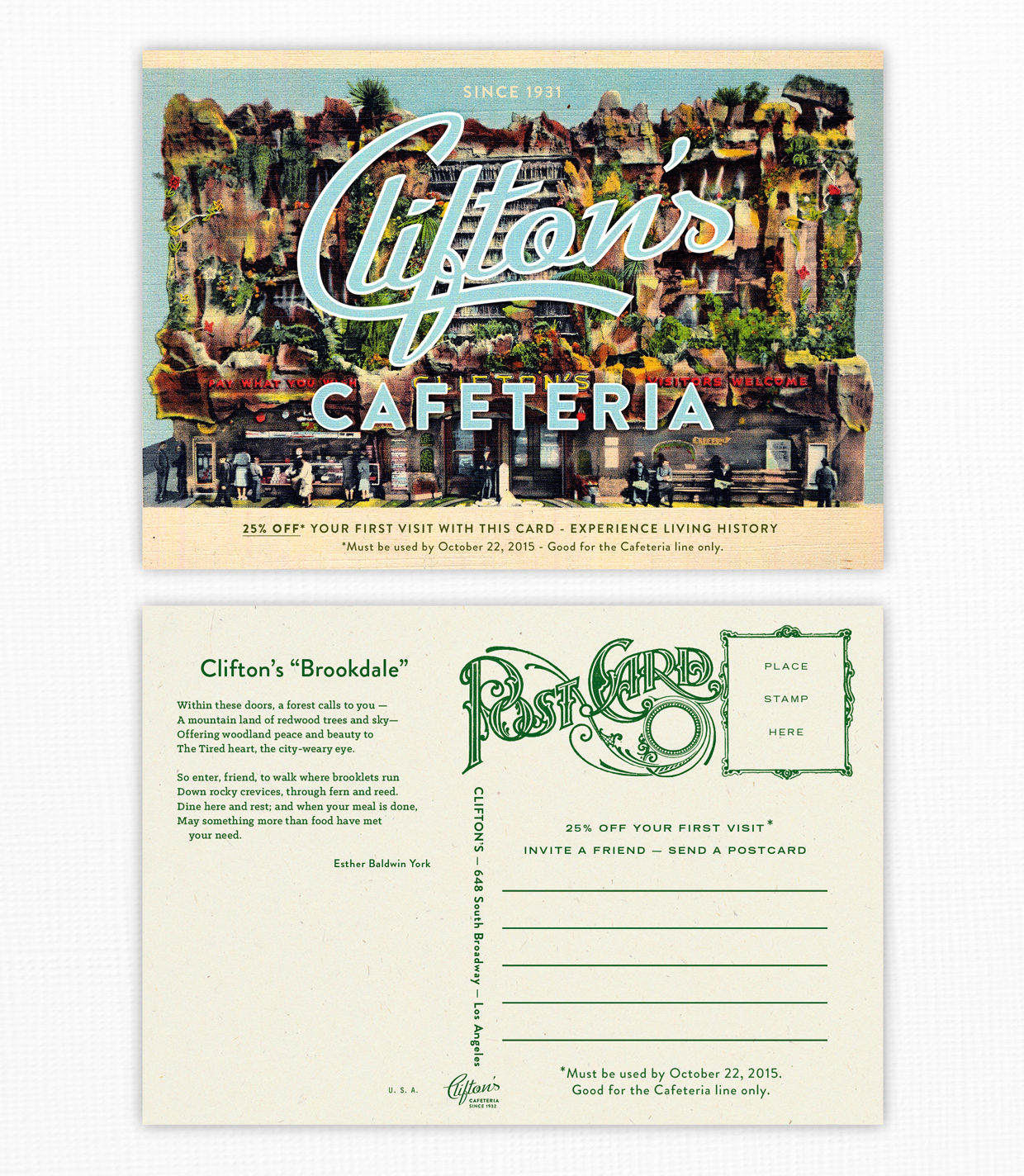